James Carr ‘on the run’ in America 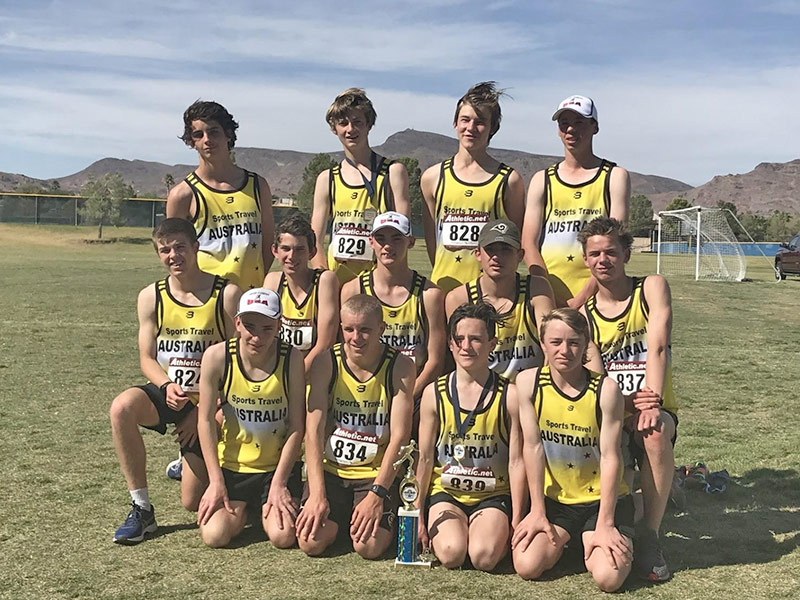 Over the two weeks of the holidays I joined 31 athletes, 12 parents and 3 coaches on an amazing cross country trip to America. This tour was around Arizona, Nevada and Los Angeles, visiting Anaheim, Las Vegas and Williams as well. The tour included four competitions, two competitive invitationals, one friendly and the fourth a team relay.

The first of our meets was competitive and on Saturday, three days after we arrived with the athletes still only knowing a little about each other it was a mystery around how everyone would go. This was a 5 kilometre run and I finished 36th overall, 10th out of the Aussie’s with a time of 20:07 mins. This race also lead to many of us learning how fast each other were and everyone soon learnt Harry Sharp’s name as he won the Freshman/Sophomore (Years 9 & 10) boys race. The two Aussie Freshman/Sophomore teams won their team awards (and considered as important as the individual awards) which is calculated on the lowest score from the best 7 runners.

Our next run took place on the Tuesday and was a friendly race (used to decide teams for the varsity race - the last meet). I ran the 4.5 kilometres in 18:12 mins and finished 12th out of the Aussies. Then after a four and a half hour trip to Williams on Wednesday we awaited the relay race on Thursday. This was a team relay with the local school Williams Middle School (Middle School is years 5 - 8) and High School (years 9 - 12). The winning team received a medal. This course was up in the hills of Williams and was in my opinion one of the greatest cross country courses I have ever run, running around a lake and in through the bush surrounding it (real cross country territory). Although it was only 2.5 kilometres, the group had great fun with the American runners. My team finished first receiving the championship medals. 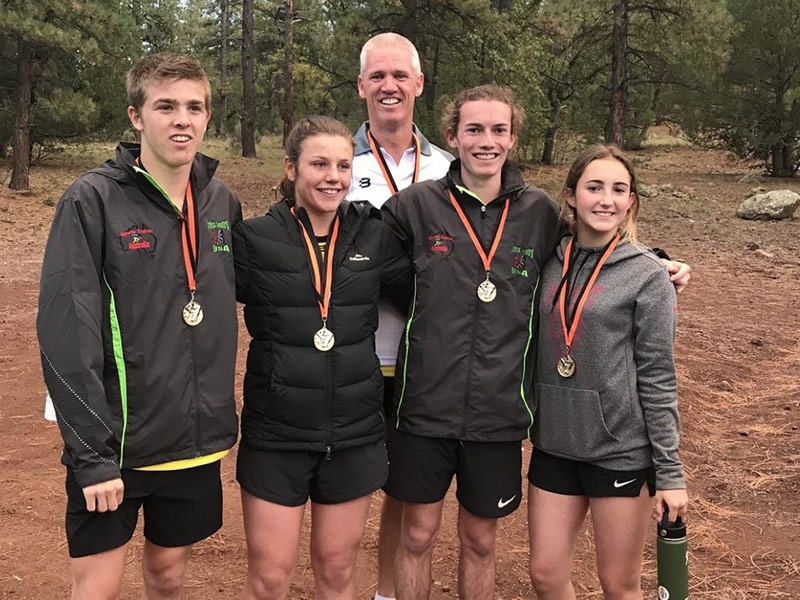 The last race of our tour were the Varsity boys and girls and the Non Varsity boys and girls 5 km race, this was the most important of the four. The Varsity race was made up of the fastest seven boys and girls of each team that was registered in the race, there were 62 schools and was the biggest race of the four. The Aussie girls won the team award and had some top 20 finishes, but unfortunately the boys were out run by some quality American runners and didn't win the team award but we did have some runners in the top 20. The Non Varsity is the rest of the athletes from every school and both the boys and girls won the team awards. I ran in the Non Varsity race and came 15th overall, 4th out of the Aussies with a time of 19:30 mins that saw me win a medal. This was the last of our four meets and was the hardest of them all, but all the athletes had great fun running the course.

After every race we competed in, we socialised with the US athletes and traded clothing, talking to them and making some new friends (they even believed us when we told them we rode kangaroos to school).

The American cross country is professionally organised with day and night meets and as a Saturday family day with spectators lining spots along the course, cheering and encouraging every athlete past. Before every race the US teams all have their school cheer that they sing before the race begins.

Throughout this two week tour I made plenty of lifelong friendships and had a great time experiencing American school cross country and noticing how different and more professional their cross country racing is.

I’d like to thank Sports Travel Australia who organised everything and provided me with this great opportunity as well as the coaches, Nev, Ray and Kaz for their support, coaching and encouragement.