Having competed in F1 in Schools for the first time in 2018, Parramatta Marist boys have adapted quickly to the rigours and high standards demanded at the Regional and State competitions.
The strong results below reflect the obsession and dedication of our students. With ongoing evaluation and refinement, our boys have a opportunities to challenge for even higher accolades in the 2020/21 season and beyond. Results aside though, the rapid development of the knowledge and skills of these boys has been astounding. Congratulations to the entire 2019/20 Parramatta Marist Team for their contribution, laying the foundation for future success. 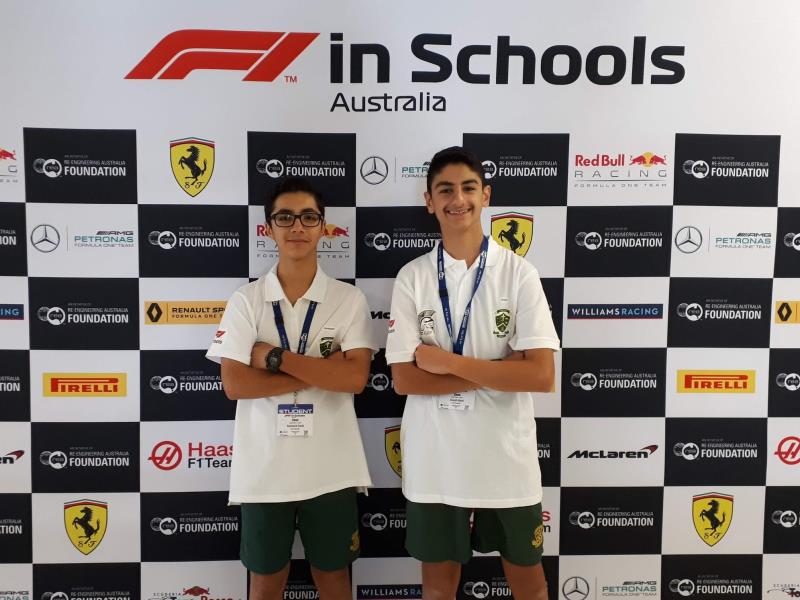 Congratulations to Joseph Baini and Raymond Seaib (Team ZEUS), who competed in the NSW Finals of F1 in Schools. Their car was fast and smiles were broad as they climbed into second place in Cadets Class (Junior), narrowly behind Team SUPER LUMINOSITY from Cessnock High. ZEUS finished with 170.1 points, with SUPER LUMINOSITY on 170.3 points. I suspect there'll be some friendly rivalry ahead, as both teams step up into Development Class next season. Congratulations to Cessnock High on the win, and to all teams who competed in F1 in Schools this year. The quality of work generated by these budding engineers and potential STEM professionals is overwhelmingly promising for Australia's future workforce. 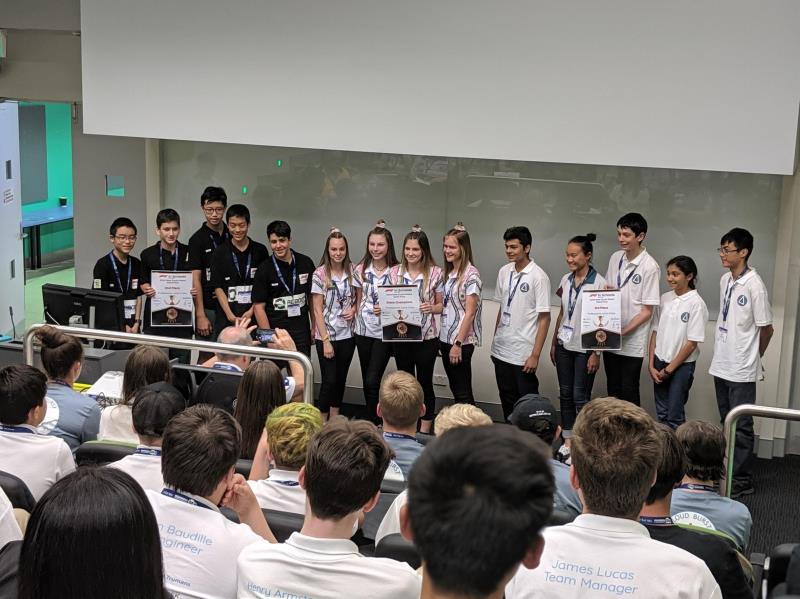 What a week! Brendan Pospischil, Diederik Lubbers, Groshvin GroverThayil (Team ATLAS), Alexander Walker, Ethan So, Jared So, Anthony Armao, and Hunter Malatag (Team REBOOT), spent two days hiking in the hills around the Colo River before being shuttled from Somerset base camp to WSU Werrington for the NSW State Finals of F1 in Schools. Their schedules were tightly packed into one day (rather than two days), leading to some weary, but happy faces later in the day.
The competition was particularly strong in the Junior Professional Class, and racing was tight on a slow track. REBOOT and ATLAS finished 2nd and 3rd respectively, with the division taken out by Team CULTURALLY, a returning team from Cessnock High School. Our results as a school were consistently strong, and despite three of our four representative teams reaching their respective podiums, none of our teams automatically qualified for the National Finals. At this stage, we try to remind ourselves that it's just a competition, but, to our boys, it's much more than that. 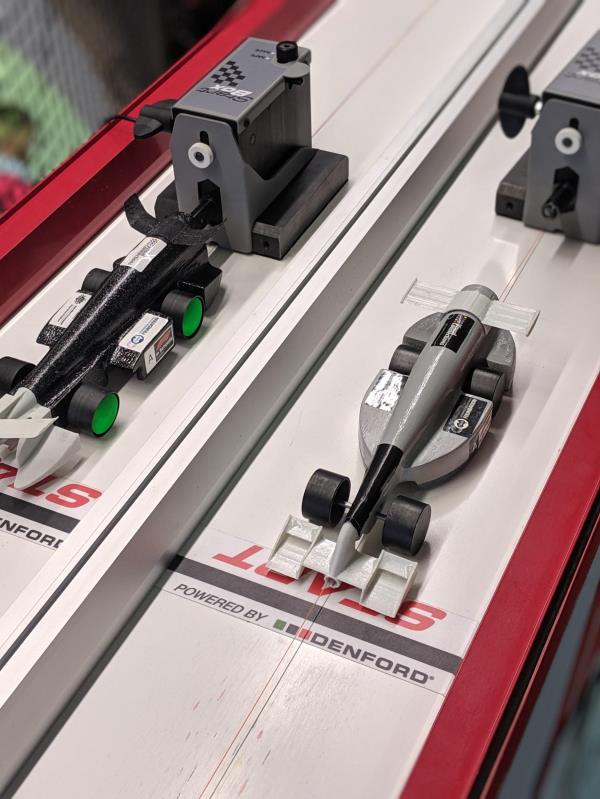 A repaired Atlas “B Car” lines up against Reboot’s “A Car”. Interestingly, these cars experienced far more breakages than at Regionals. The pursuit of speed can come at a cost. 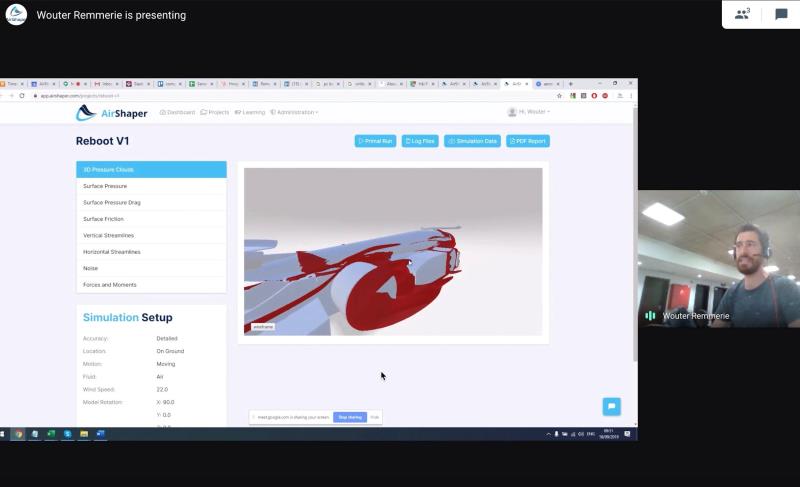 The 2019/20 Season of F1 in Schools has been an exciting one. Circumstance appeared to work against our teams at times, but excuses aside, many of our boys are determined to eventually compete with the PMH crest on their chests at the global final. With the support of our wonderful community, anything is possible.
Thank you to the Old Boys of PMH and international industry leaders who contributed in their own ways to the development of our boys in STEM and F1 in Schools this season. Lincoln Electric, AirShaper, AllPlastics, UTS Engineering and the Parramatta Marist Old Boys Union have been instrumental in some of the most meaningful learning moments for our boys.