The start of the game didn't go too well offensively however, our defense went reasonably well until we let out a few turnovers that lead to fastbreak scores which put Gregs ahead by 17. With 8 minutes remaining, we started to bring the game back and shortened the lead to 9. The beginning of the 2nd half we came out better offensively with fewer turnovers and more points, however, the defense didn't go so well with them making a few threes and increasing the lead. Towards the end, we improved our play on both ends of the court but couldn’t take the win. Final score: 31-28

Player of the match: Alvin Thomas

As Captain of the Yr 10 opens basketball team and with the season going on, we made a lot of progress throughout the season we are now 2-1, we played against St Gregory’s Campbelltown. They are a very strong team but today we just had them on the floor, everyone contributed to this successful win of the game and played their role. Score was 29-27 it was a very close game with myself and Zac Palmer in foul trouble especially towards the 2nd half. Due to the coaching of Mr Alata, we changed our defensive game plan and relied on our bench. Our bench played fantastic as we were down by 5 or 6 points our bench were able to get some defensive stops and tie the game. The starters were back on the court and we were able to pull out the Win.

Player of the match: N/A

This third round promised to be a tight and cautious affair as the 2 teams took their time to register points on the scoreboard. With John Elomina and Diab Sukkhar inserted into the starting line-up, the experiment showed that the team can make an effort with any combination. At the end of the first stana, both teams were 13-13
all. It all looked promising in the second stanza until Joel Nohra was given his fourth personal foul and was benched to preserve his energy and stay out of foul trouble. Player of the match James Solivet was solid throughout the game at both ends of the court - in rebounding and driving the ball. In the final 10 minutes, Justin
Cruz and  Dencel vargas were placed into the team with Justin having a turn-over, but quickly making amends as he drove to the hoop for an ‘and-one’ play. Justin confidently converted his free throws. By the end of the second stanza, St Greg’s was too strong and were the better side of the B Grade clash as they grinded their
way through tough possession and used their taller, physical prowess to halt PMH’s scoring run at 22-32.

Player of the match:  James Solivet

An extremely hot day in an extremely heated venue saw a very slow paced game that affected both teams.
Offense was definitely lagging through the game and had some bad bursts of defence.
However the players still gave every bit from their tanks and probably lost a litre of sweat each through the match.

They had their chances to win the match with fair amount of lead changes but from turning the ball over more than 20 times, Campbelltown went on a run to take an 11 point lead towards the end of the game which saw PMH leave it about 30 seconds too late for our own run to come within 2 points though finishing the game 4 behind.

Some key players to mention are the great effort by Omar Nadaya-Hard with his 11 rebounds, Juan Gacis having 6 blocks through the game and our player of the match Ruvall Estacio getting 8 steals, 4 assists and his fair share of points through the game earned him a Player Efficiency rating of 21.

Player of the match : Ruvall Estacio

A sobering loss today as we won the toss and batted. Early wickets were hard to recover from and a late rally from Kevin Drozario wasn’t enough to give us a competitive total. Eastwood made quick work of the chase and we found ourselves licking our wounds for the rest of the afternoon. The boys were still positive afterwards and have looked at areas that need improvement and can be worked on at training this week.

The highest scorer for Parramatta was 30 runs out of the 111. Marcus Dias and Shivam Malhotra having a middle or innings that push the team score further to a un-reachable point. After we battling out the over we when out to the field in our first over Blake Fletcher getting this first wicket in the first ball of the innings, everyone ran in celebrating. The next batsman came in and Blake bowled a yorker and got him out! Everyone ran in again and waited for the next batman to came as Blake was on a hat-trick ball, the next ball the batsman blocked ending the hype but not the energy in the field, with Harley Dickson getting two catches behind the stumps and Jarrod Trueman getting two catches in silly mid-wicket. Eastwood got 8/73 giving Parramatta the win.

Player of the match: Harley Dickson

Marist won the toss and chose to bowl. Eastwood got to the best start with the captain scoring 100 under 15 overs. The Marist bowlers just couldn't find a way. There were around 5 missed catches and overall a poor fielding and bowling effort by Marist. Lukas was the standout who gave fewer runs. Eastwood scored 240. The fielding cost us our confidence with the bat. James Carr and Reece (the openers) fell cheaply and Marist only ended up under 50. The whole game was just one sided and simply humiliating.

Player of the match: N/A

This week during sport the boys participated in the third training session for MCS Rugby League squad. With the help of the teachers and the contribution of the students, everything was successful. This training session we focused on three major aspects of the game, tackle tech, passing drills and marker defence. These drills were very reliable and fun, and it was great for the boys to be learning and bettering their skills of the game. In the drill conducted by Mr woodbine, the boys practiced their passing technique. This was able to help the boys with their communication and overall passing. Mr Culnane took the boys into defence. Two people a tackle, one high, one low. Wise words from sir as this helps the players significantly on the field. And finally the marker defence drills that were run by Mr Brennan and Mr Barry. Marker defence being a very important role around the ruck, these teachers gave the boys a great understanding on how to perform in this situation. Following the skills we worked on getting off the sideline which allows shape and the next play to be created. The boys really enjoyed this and it was great fun seeing them going through the plays and communicating with each other. Another successful session, and many more to come. 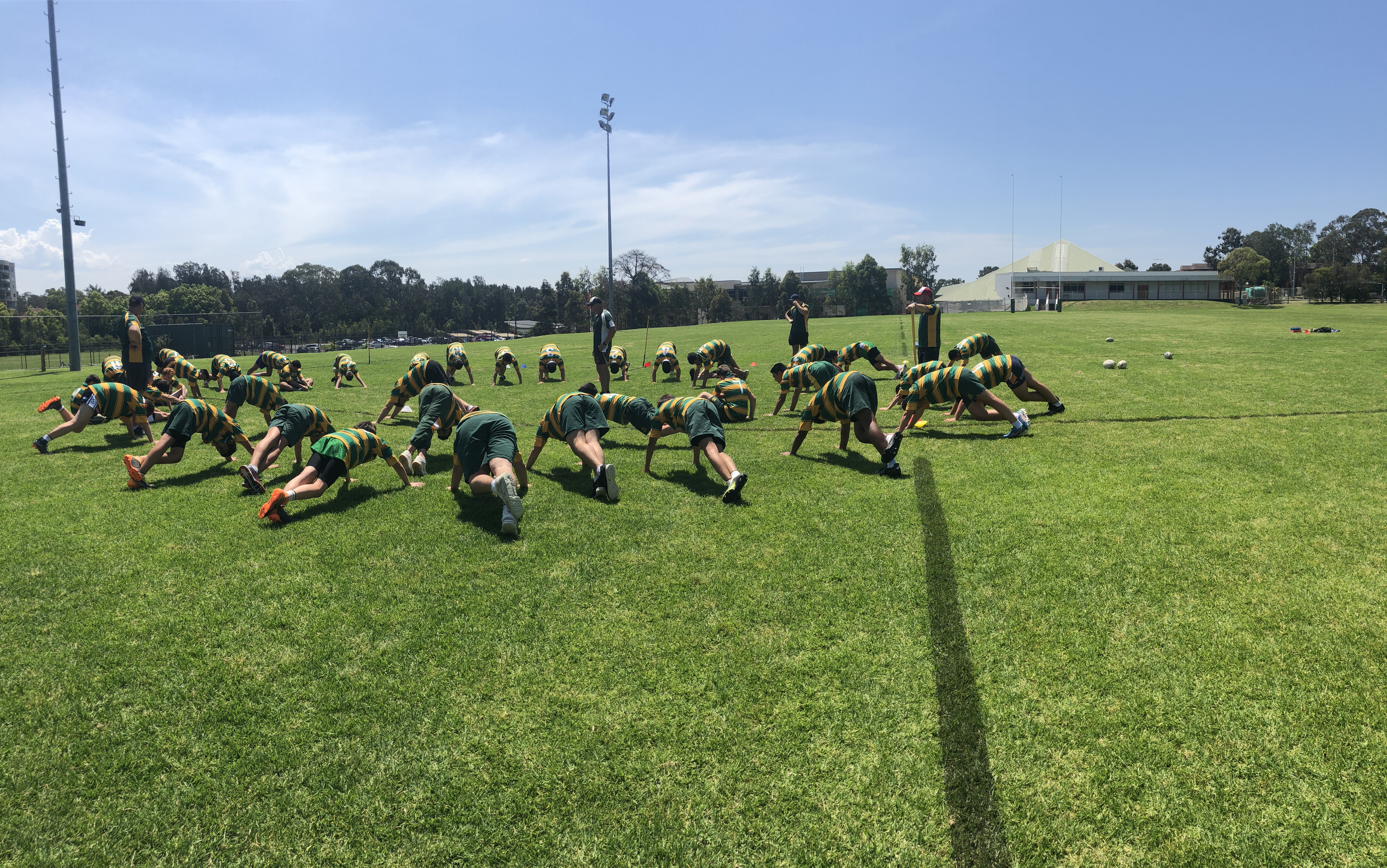