Twelve of our brightest young minds have just returned from the National Final of Subs in Schools held at St Peter’s College in Adelaide. The competition is run by Re-Engineering Australia, supported by the Department of Defence in a bid to build foundation STEM skills for our future workforce. Our attendance this year was only possible with the wonderful support of the Department of Industry and Innovation, and the Parramatta Marist Old Boys Union, who enabled us to win a grant to cover the vast majority of expenses involved. 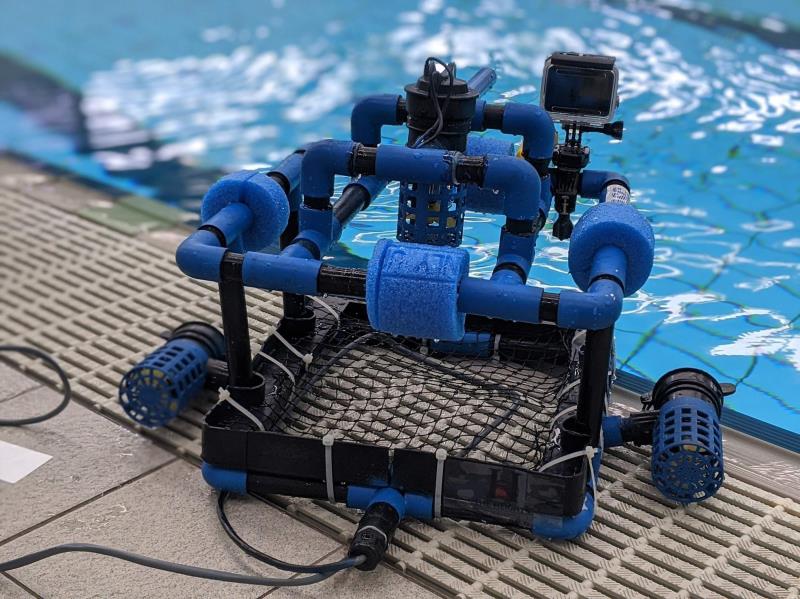 Above: Atlantis’ ROV during testing on the first day.

Following an expedition into Rundle Mall to buy ingredients for the meals ahead, our teams took to the waters of St Peter’s College to test their submarines. Their state-of-the-art aquatic centre has a 2.3m deep indoor short-course pool. Of course, this mightn’t compare to the glory days of the PMHS olympic-sized beauty of four years ago, but it impressed our boys none-the-less. Having only tested their subs at relatively shallow depths before the trip, our boys found that their machines experienced entirely different dynamics at the floor of the pool, prompting some rapid adjustments. During this extended session of testing, two members from each team set up their trade display.

From the moment sea trials began, it was clear that the standard of competition was incredible. The ROV challenge involved locating a code in a bin at the bottom of the pool, to retrieving three objects, and pressing a button on a submerged post. After some calibration issues regarding buoyancy and thrust, both of our teams managed to read the code and retrieve objects from the depths, but pressing the 20mm button proved difficult. During their second trial, Team PMH Perception managed to jab the frame of the button, but missed the mark by millimeters, pushing over the button stand in the process. These Re-Engineering Australia (REA) competitions are definitely not designed to be easy, which is why success at this level is pursued by thousands of students across Australia. 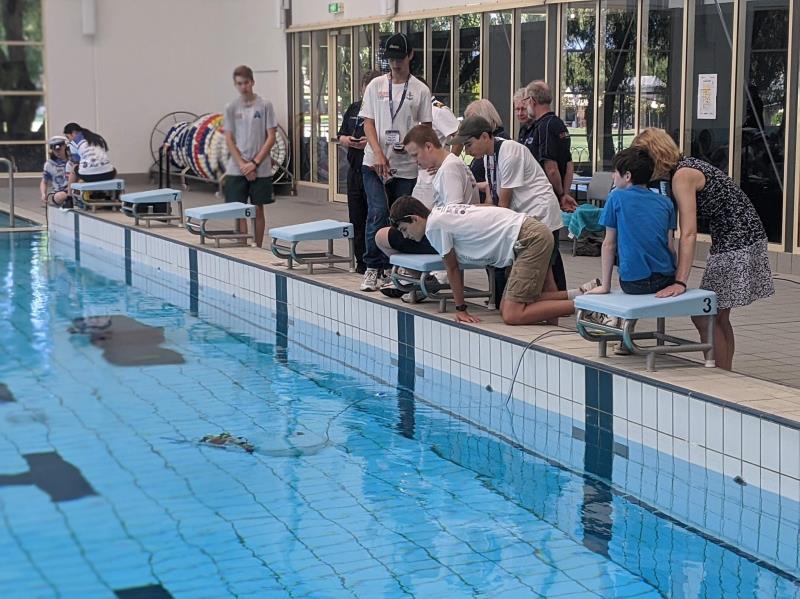 Above: PMH Perception at work during their second sea trial.

Upon landing in Sydney, and returning their ROV to the Hive, our boys were exhausted, but happy in reflection. Neither team managed to climb onto the podium, but they spoke of their pride and appeared genuinely surprised by the positive feedback they received.
“That’s probably the best thing we’ve done in the past four years”, said Jake Hardwick.
It wasn’t easy getting the boys to Adelaide, infact, at times, it looked like the hard work of the students would go untested. Moving forward, we hope to involve more students in Subs in Schools, which might be easier if there’s a State Final hosted in Sydney. The Year 10 students from Team Atlantis have kindly offered their time to mentor any junior students who choose to form a team, which contributes to a long standing culture of Parramatta Marist boys giving back to the community from which they grew.

John Burke and Adam Hendry of Parramatta Marist Old Boys Union were instrumental in getting the grant across the line to ensure that this opportunity became an experience. Thanks must also be extended to Mr Louis Bortoluzzi, who kindly chose to spend five days with myself and twelve teenagers instead of his family. Student team supporters, Dennis Pulikal and Nathan Khoury, fulfilled their roles perfectly, assisting with communications and logistics throughout the trip, for which I am greatly appreciative. In preparation for our involvement in the competition, Mr Mark Pauschmann, Ms Melissa Mead and Mrs Carmel Vincent worked tirelessly with the CEPD to organise finances and logistics. It was a team effort.

We look forward to the Subs in Schools seasons ahead. 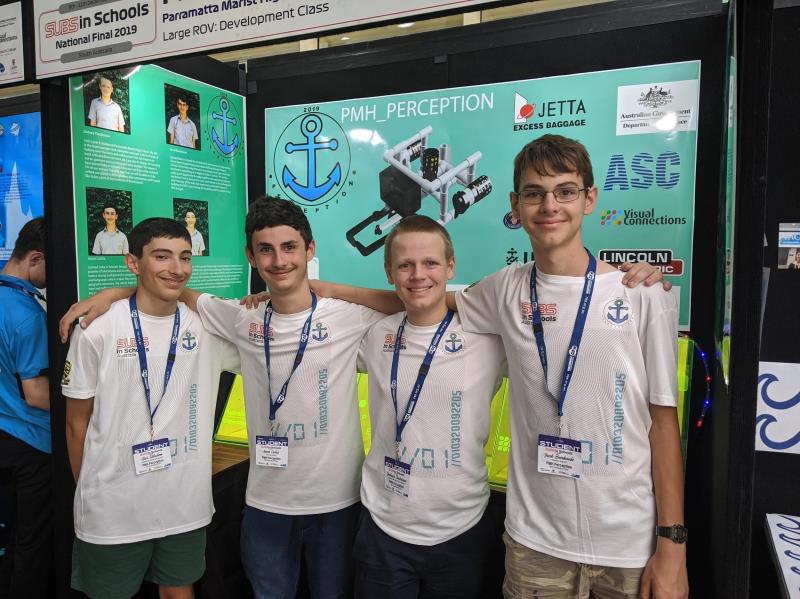 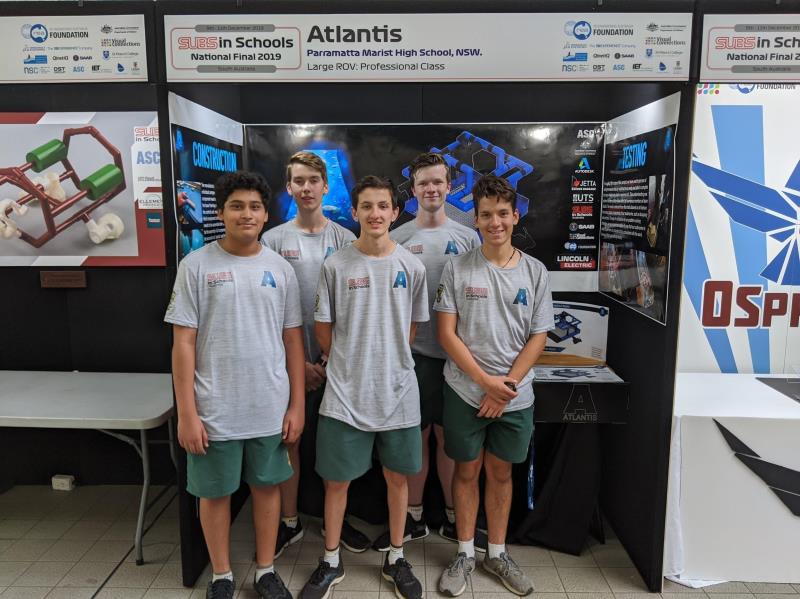 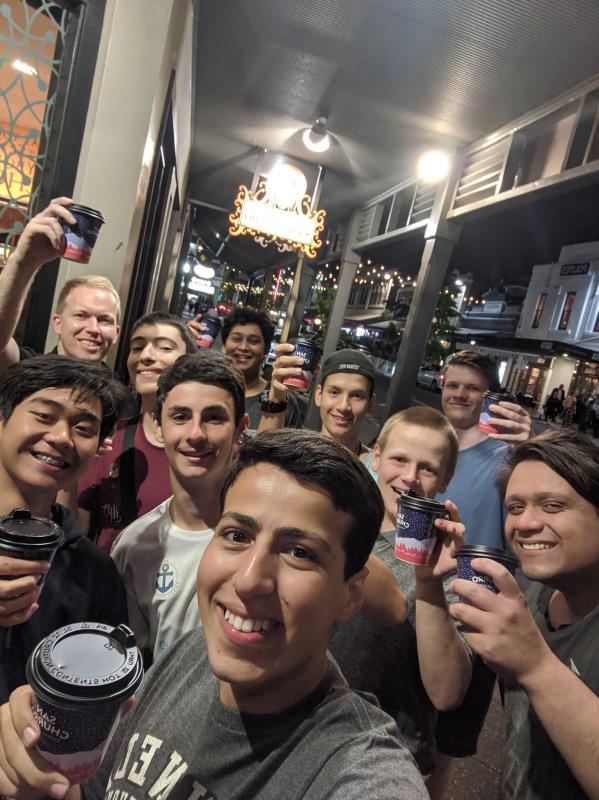